UAV (Unmanned Aerial Vehicles) the wave of the future

Unmanned aerial vehicles (UAVs), also known as drones, are aircraft that are operated without a human pilot on board. These vehicles are controlled remotely or through pre-programmed flight paths, and they can be used for a variety of tasks such as surveillance, reconnaissance, search and rescue, and delivery.

They come in a wide range of sizes and designs, from small hobbyist drones that can be purchased for less than $100 to large military drones that can cost millions of dollars. The most common type of UAV is the quadcopter, which is a helicopter-like aircraft with four rotors. These drones are popular due to their stability, ease of control, and the fact that they can hover in place.

One of the key advantages of UAVs is their ability to access areas that are difficult or dangerous for humans to reach. For example, they can be used to inspect bridges, buildings, and power lines for damage or wear. They can also be used to survey large areas of land, such as forests or crops, to monitor for signs of disease or damage. UAVs can also be used to perform search and rescue missions in difficult terrain, such as mountains or dense forests.

Another important use of UAVs is in the field of photography and videography. Drones equipped with high-quality cameras can capture stunning aerial footage that would be difficult or impossible to obtain with traditional methods. This has led to an increase in the use of drones in the film and television industry, as well as in real estate and other industries that rely on aerial images.

UAVs are also being used increasingly in the delivery industry. Companies like Amazon and UPS are experimenting with the use of drones to deliver packages to customers in a faster and more efficient way. This could potentially save time and money for both the company and the customer, as well as reducing traffic congestion on the roads.

To address these concerns, governments around the world have implemented regulations for the use of UAVs. These regulations typically require that UAVs be flown below a certain altitude and that they be kept a certain distance away from airports and other sensitive areas. In addition, many countries require that UAV operators be licensed and that their aircraft be registered.

Despite these concerns, the use of UAVs is expected to continue to grow in the coming years. Advances in technology will likely lead to the development of more advanced and capable drones, and the increasing availability of these vehicles will make them more accessible to individuals and businesses. As a result, we can expect to see UAVs being used in an ever-widening range of applications, from agriculture to entertainment, and from search and rescue to delivery.

If you would like to learn more about how I can help you find professionals in the UAV industry or just to chat about future possibilities you can reach me here via the contact form or you can always find me on Linkedin or my firms main website. Hufford Associates is a small but powerful search firm founded in 1992. We specialize in discreet search and consulting assignments designed to help our clients identify and hire the executive and technology professionals needed to drive their success. 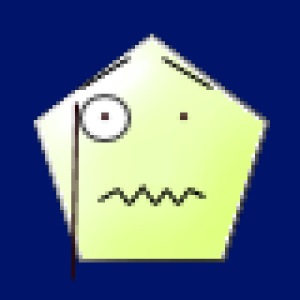